A little boy invited his mother to attend his elementary school’s first teacher-parent conference. To the little boy sdismay, shesaid she would go. This would be the first time that hisclassmatesand teacher met his mother and he was embarrassed by her appearance. Although she was a beautiful woman, there was aseverescar that covered nearly the entire center side of her face.The boynever wanted to talk about why or how she got the scar. 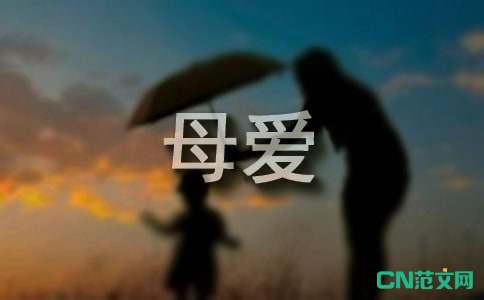 At the conference, the people were impressed by the kindnessandnatural beauty of his mother despite the scar, but the littleboywas still embarrassed and hid himself from everyone. Hedid,however, get within earshot of a conversation between hismotherand his teacher, and heard them speaking.

How did you get the scar on your face? the teacher asked.

The mother replied, When my son was a baby, he was in a room that caught on fire . Everyone was too afraid to go in because thefirewas out of control, so I went in. As I was running toward hiscrib ,I saw a beam coming down and I placed myself over him tryingtoprotect him. I was knocked unconscious but fortunately, afiremancame in and saved both of us. She touched the burned sideof herface. This scar will be permanent 8, but to this day, I have never regretted doing what I did.

At this point, the little boy came out running towards hismotherwith tears in his eyes. He hugged her and felt anoverwhelmingsense of the sacrifice that his mother had made forhim. He heldher hand tightly for the rest of the day.